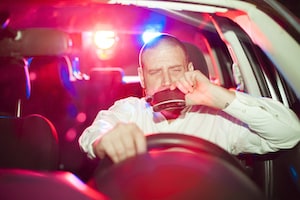 Q. Have You Been Arrested for DUI in Connecticut?

Many folks who have been arrested for DUI have a lot of questions about what comes next, what may happen to your license, and what is the best way to defend a DUI case? Below we have highlighted some of the most commonly asked questions that people have asked Connecticut DUI lawyers about their DUI arrests. Feel free to contact The Law Offices of Allan F. Friedman for a free initial consultation is you have any questions that are not covered on this list or if you would like to discuss your case in more detail.

Q. What Happens During the First 24 Hours After a DUI Arrest?

If you have been arrested for DUI and have failed a chemical test or refused a chemical test, the police officer will take possession of your driver's license for 24 hours, per C.G.S. §14-227b(c). This is a sobering up period during which you are not permitted to drive by law. You can't drive during this initial 24 hour period, or you could face a charge of driving under suspension for a DUI, which carries a mandatory minimum jail sentence, C.G.S. §14-215(c). At the conclusion of the 24 hours, you can go back to the police station and pick up your license.

In most cases, your vehicle will have been towed to an impound yard. Most of these towing providers will not release your vehicle back to you until the expiration of the 24 hours, and you have been given back your driver's license. It is important to recover your vehicle as quickly as possible as they charge you a daily storage fee.

After you receive your license back from the police, you can drive until you receive notification from the DMV regarding a per se license suspension.

Q. Will My License be Suspended and What Can I Do About It?

Connecticut went to an all offender interlock program several years ago.

The address on your driver's license must be accurate and up to date. DMV will be sending a suspension notice very promptly, and you have only seven days in which to request an administrative per se hearing to contest the suspension of your driver's license. It is imperative that you promptly review the facts of your case with a Stamford DUI lawyer to determine your best course of action.

If your case does not have reasonable grounds for an appeal of your 45-day license suspension, you should promptly apply for a work or school permit as soon as you receive your suspension letter. The application for the work or school permit can be found on the DMV web site, here is a link. You only get one shot at getting a special permit, so it is best to consult with a Connecticut DUI attorney about the best approach to filling out this important form and submitting your application.

Q. What If I Lose My License and Continue to Drive?

If your license is suspended for a DUI, you should not drive a vehicle of any kind. A conviction for driving while suspended for a DUI would expose you to up to a year in jail, a fine of up to $1,000, and a mandatory minimum 30 days in jail pursuant to C.G.S. §14-215(c). In addition, driving while you are under suspension for a DUI would complicate the resolution of your DUI case or be a violation of your terms of probation if you are on probation.

Q. Can I Get a DUI for Driving Under the Influence of Marijuana?

There is no set legal limit for how much THC (THC is the active chemical in marijuana that creates its intoxicating effect and which is measured through a blood or urine test) you can have in your blood to operate a vehicle in Connecticut. However, you can be arrested for operating under the influence DUI based upon the police officer's observations of drug impairment. Because Connecticut has no legal standard for a set THC limit, the decision to arrest you for DUI for marijuana consumption is largely based upon the discretion and opinion of the arresting officer. Some of the things officers look for are the odor of marijuana, bloodshot eyes, lack of coordination, slurred speech, confusion, and slow reaction times.

The testing methods and techniques utilized to test drivers for signs of impairment were largely designed for testing drivers who consumed alcohol. As states have moved to legalize marijuana, the testing methods, technology, and police training in the science of the detection of operation under the influence of drugs have lagged behind. A skilled marijuana DUI defense lawyer can attack the credentials of the arresting officer and the testing results. The state has a harder burden to prove a marijuana DUI case. If you have been arrested for driving under the influence of marijuana (marijuana DUI) you should contact a Connecticut DUI lawyer because you may have valid defenses to the arrest.

The good news is that most first time DUI offenders will not have to go to jail, and in fact, most of them will get their cases dismissed if they participate in the alcohol education program. Those clients who had an unusually high BAC reading or who were involved in severe accidents may require a little extra effort to get their AE program application approved, but we are able to get almost everyone into the program which results in a dismissal of the charges upon successful completion.

Anyone who has had a prior DUI conviction in the past 10 years would be considered a second-time offender. Second and third-time offender DUI cases are felony-level offenses and include mandatory minimum jail sentences. We have had a lot of success getting our DUI clients in to the home confinement treatment program C.G.S. § 18-100h. Our firm has extensive experience in preparing our client's files for the home confinement program, and as of this writing, we have a 100% track record of every DUI offender we have represented being released early on an ankle bracelet. (*Past performance is not a guarantee of future results – contact us for a free consultation to review the facts of your individual case).

Anyone who is on probation for a DUI who picks up another DUI, or who picks up a second DUI while their first case is pending also is risking the possibility of exposure to jail time. If you have been arrested under these circumstances, you should contact our office for a free consultation to explore options to defend your case.

Q. How Accurate are "Breathalyzers?"

Q. Do I Really Need a Lawyer?

Even if you are guilty of DUI, an experienced Connecticut DUI attorney can find the best way to mitigate the situation and work towards the best possible resolution. First-time offenders may be eligible for the alcohol education program. If you are not eligible for the alcohol program, a skilled lawyer can find holes in the state's case and work to reduce the charges or have the charges dismissed in some cases. You should never plead guilty to a DUI without first speaking to an experienced Connecticut DUI lawyer to go over the facts of your individual case.

If you have been charged with a DUI in violation of CGS § 14-227a in Stamford, Darien, Greenwich, Bridgeport, Weston, New Canaan, Wilton, Norwalk or anywhere throughout the State of Connecticut, you should immediately contact a DUI attorney at The Law Offices of Allan F. Friedman. We always provide a free initial consultation to review the best options to resolve your case. We will fight to obtain the most favorable resolution possible for your case, and we work with reasonable flat rate fixed fees. Call Attorney Friedman at (203) 357-5555 to schedule your free initial consultation. We are available 24/7. Or you can contact us online for a prompt response.