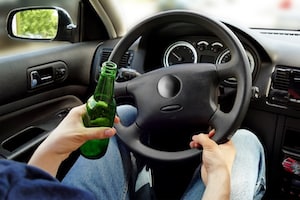 What is an Open Container Law?

Pursuant to C.G.S. § 53a-213 it is a crime for anyone driving a motor vehicle to drink any alcoholic beverage while driving, stopped in a parking lot that holds more than 10 cars, or upon school property. A violation of Connecticut's open container laws is a misdemeanor punishable by up to 90 days in jail. If the driver is under 21, there is also a mandatory 60 days license suspension.

It is important to understand that just because Connecticut has an open container law when it comes to passengers in a motor vehicle does not mean that you can allow minors to drink in your vehicle.

If you are driving around with minors who are drinking alcohol in your vehicle, you may be charged with one of Connecticut's social hosting statutes which are treated very seriously by state's attorneys and the Courts. Pursuant to CGS § 30-86, providing alcohol to persons under the age of 21 is a Class E felony.

Even failure to halt the possession of alcohol by a minor is a misdemeanor crime. While you can allow your passengers to drink alcohol in your car, you should make sure that they are all over the age of 21, or you can face serious criminal consequences.

Even though you may not be intoxicated enough to be charged with DUI, having an open container in your car is a prescription for a civil lawsuit if you are involved in an accident. While a criminal case requires proof beyond reasonable doubt of your intoxication, a civil case just requires proof by a preponderance of the evidence of a deviation of the standard of care of a reasonably prudent person. It is not a smart idea to have open containers in your vehicle because if any accident occurs, you may find yourself with a civil suit claiming that alcohol consumption was a factor in the accident.

Some DUI cases also involve a charge of drinking alcohol while driving in violation of C.G.S. § 53a-213. Very often, when single-occupant drivers are pulled over for suspicion of DUI an open container is found right next to them. In some cases, the officers have observed the defendants drinking from the container before pulling them over, and other times the accused makes an admission that they were drinking from the container.

Regardless of the circumstances, while this is a relatively minor offense, it is still a crime and will result in a permanent criminal record. For that reason, anyone who is charged with an open container violation in Connecticut should speak with an experienced criminal defense attorney. While you can use the accelerated rehabilitation program for this offense, it is generally preferable to not "burn your a/r" on a minor offense like this.

Contact a Connecticut Drinking while Driving a Motor Vehicle Lawyer!

If you have been charged with a violation of C.G.S. § 53a-213 in Stamford, Norwalk, Westport, Bridgeport, or anywhere through the State of Connecticut, you should immediately contact a DUI lawyer at The Law Offices of Allan F. Friedman. We always provide a free initial consultation to review the best options to resolve your case. We focus on results that work, and we work with reasonable flat rate fixed fees. Call Attorney Friedman at (203) 357-5555 to schedule your free initial consultation. We are available 24/7. Or you can contact us online for a prompt response.