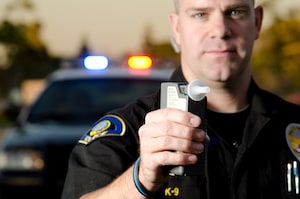 Connecticut has some of the most serve DUI offender laws in the United States. First time DUI offenders in CT can be easily confused because an arrest triggers two separate types of legal proceedings against them. One is the criminal case in Superior Court, which can result in possible jail time and a criminal record. The second is an administrative proceeding at the DMV, which targets your driver’s license. Since the consequences of a DUI conviction can be severe, it is important to understand how these two inter-related proceedings can affect you.

The Difference Between a DUI Criminal Case and a DMV Hearing

An arrest for a DUI triggers two separate legal actions against you:

If you failed a chemical test or refused a test, you will receive a suspension letter in the mail in about seven days, notifying you of your right to request an administrative per se hearing to contest the suspension of your driver’s license. If you do not request an appeal, your license will be automatically suspended for 45 days.

You only have 7 days to request an appeal, and if you do not request an appeal in those 7 days, your license will be suspended for 45 days, and you will be required to install an ignition interlock device in your car. The hearing is not automatic and must be requested by the driver or their attorney.

If you lose your appeal, you will have a 45 days license suspension and also an ignition interlock requirement for your vehicle.

When contesting a DMV license suspension in an administrative per se appeal, the issues are limited. The DMV only needs to establish the following to substantiate the suspension of your license:

The burden of proof is lower at DMV hearings than in a criminal case, and the rules of evidence are significantly relaxed. Often it takes a lot of experience to identify any meaningful errors or mistakes in the investigating officer's police work that can be utilized to win a DMV appeal. You should have the facts of your case reviewed by an experienced Connecticut DUI attorney to determine what are the best legal grounds to fight your license suspension.

To avoid losing your drivers license, someone arrested for a first offense DUI would have to:

A conviction for a first offender DUI in Connecticut can trigger numerous consequences ranging to up to six months in jail and probation to the loss of your driver’s license and substantial fines. After an initial 45-day license suspension, offenders can resume driving if they use an ignition interlock device, which they will be required to keep in their car for up to one year.

If convicted, the potential penalties for a first-time DUI conviction in Connecticut could include:

You can’t use the alcohol education program if you previously used the program or if you hold a commercial driver's license or if you were driving a commercial vehicle at the time of your arrest.

Usually, participation in the alcohol education program is the preferred solution for first time DUI offenders. Still, you should review the options with a qualified Connecticut DUI lawyer to determine the best alternative for your case.

We work hard to explore every alternative to make sure you receive the best possible outcome for your case. Fairfield County, CT DUI lawyer, Allan F. Friedman, has over 25 years of experience defending DUI cases. Call Attorney Friedman at (203) 357-5555 to schedule your free initial consultation. We are available 24/7. Or you can contact us online for a prompt response.