Stamford Criminal Attorney Dedicated to Fighting for You

Our objective is simple: to do everything possible under the law to achieve optimal results for our clients. With more than 30 years of experience as a criminal defense attorney serving Stamford and the Fairfield County area, Allan understands that it is frightening and confusing to be accused of a crime or even be investigated in relation to a crime. With this in mind, he provides compassionate service and aggressive representation to defendants in a wide range of criminal cases, including:

Attorney Friedman also handles charges such as conspiracy, interfering with the police, probation violations, operation under suspension, breach of the peace, evading responsibility, disorderly conduct, and criminal trespassing. No matter your specific situation, he is here to help you protect your rights.

It is important to fight the charges head-on because the consequences of a criminal conviction may be devastating and lasting. In addition to penalties like jail time and fines, a person convicted of any crime faces embarrassment, potential isolation in society, and sometimes difficulty finding work in certain occupations in the years to come. Long prison terms are possible in some cases, as are tens of thousands of dollars in fines and the loss of certain privileges. Whether you are charged with a misdemeanor or a felony, it is essential to hire a Stamford criminal attorney who can help you navigate the legal complexities within the judicial process. You deserve to be defended, you deserve to have your rights protected, and you deserve to get a fair resolution to your case!

Sometimes family situations get highly emotional. If a spouse or domestic partner contacts the police – or if the authorities respond to a call from a neighbor – it is likely that one or both members of a couple, or even a parent or child, may face an arrest on a domestic violence charge. Connecticut has a mandatory “dual arrest” law. A criminal order of protection may even be entered, prohibiting the alleged offender from physically abusing, stalking, or threatening the alleged victim or reentering the family home.

An arrest does not always lead to a conviction, however. The defendant has a right to present their side of the case to the court. Often, these cases depend on whose version of events is more plausible. Stamford criminal defense lawyer Allan F. Friedman is not afraid to stand up to the prosecution and help prove your innocence in an assault, breach of peace, threatening, child abuse, or other type of domestic violence case.

Like other states, Connecticut prohibits the possession, sale, distribution, manufacture, or transportation of certain controlled substances like heroin, cocaine, or methamphetamines. As in any criminal case, however, the burden is on the State to prove guilt beyond a reasonable doubt. Your defense attorney may be able to argue that the prosecution has insufficient evidence to prove one or more elements of the crime. There may also be ways to argue that evidence in the prosecution’s case should be excluded. For example, the police may have seized drugs without having a warrant or another valid basis for their search. This means that the drugs should not be considered by a jury because this would violate the defendant’s constitutional rights.

Since we understand how important it is to act quickly in defending against a drug crime accusation, even if the case is still under investigation and an arrest has not yet been made, we are available on weekends and evenings. In fact, we have a 24-hour/365-days-a-year phone response team that answers the phone if you are under arrest or in a police station in the Stamford area or elsewhere in Fairfield County.

Driving Under the Influence (DUI/DWI)

Drivers may not operate a motor vehicle in Connecticut while under the influence of alcohol or drugs. Driving is considered a privilege in the state, and anyone who gets behind the wheel is presumed to have given consent to have their blood alcohol content (BAC) tested. An arrest will be made if the driver’s BAC is .08% or above, or if the officer believes that they are impaired based on other indicators. The punishment for a first-offense conviction of operating under the influence may include the suspension of the offender’s driving privileges, the installation of an ignition interlock device (IID), a fine of at least $500, community service, and sometimes jail time. Subsequent offenses and offenses in which another person was seriously injured or killed may result in harsher penalties.

Depending on your situation, however, your DUI/DWI attorney may be able to argue that the charges should be dismissed. In some cases, the police did not have an adequate reason to stop a driver’s car, or they may have not followed proper procedures in administering tests. While a DUI may not seem like a serious crime, it is important to keep your record clean if at all possible, so you should consult a Stamford criminal lawyer promptly to explore all of the options that you may have.

There are several different types of theft offenses in Connecticut, including larceny, shoplifting, burglary, receiving stolen property, theft of services, and robbery. The charge and the punishment for a theft crime depend upon many circumstances, including the value of the stolen goods or services, the circumstances surrounding the illegal taking of the property or service, and the defendant’s prior criminal record.

Likewise, the potential defenses available to a defendant are wide-ranging. For example, the defendant may be able to argue that the State cannot meet its burden of proof with regard to a certain element of the crime. Typically, the element of intent is required in a theft case. If the State cannot prove that the defendant acted willfully, this might result in a dismissal or reduction of the charges against them.

The broad category of “sex crimes” includes not only offenses like prostitution, sexual assault, rape, and statutory rape, but also crimes in which the alleged victim and the defendant have never met – like possession of child pornography. Defenses like consent, mistake, or lack of intent may be appropriate in some cases. In other situations, police may have entrapped a defendant into committing a crime that they would not have committed otherwise.

The age of both the offender and the victim may be relevant in a sex crime case, as may the alleged victim’s capacity to consent. The nature of the relationship between the parties may also come into play. Sex crimes carry stiff penalties, potentially including registration as a sex offender for life, so it is very important that a person accused of such a crime in Fairfield County retain a tenacious Stamford criminal lawyer who will zealously pursue justice on the defendant’s behalf.

Crimes involving the illegal use of a firearm or another weapons offense are often felonies in Connecticut. Simply carrying an illegal weapon – without firing or even brandishing it – has the potential to land a person in prison for several years. Some of the common charges in this area include the unlawful discharge of a firearm, carrying a firearm while under the influence of drugs or alcohol, or committing a felony while in the possession of a firearm or an assault weapon. The situations giving rise to these crimes are often very complex, so it is critical to retain an attorney who can investigate the details of your case and construct a strategy tailored to them.

Even a seemingly “minor” traffic violation may disrupt a driver’s life significantly. Fines, jail time, increased insurance rates, and other consequences are all possible. At our office, it does not matter if a client is charged with a simple speeding ticket or a murder charge. We take each and every case seriously. Any person accused of a crime needs a smart, experienced, and determined professional who will be their rock in a storm. Stamford criminal attorney Allan F. Friedman has spent a quarter of a century achieving successful resolutions for many Connecticut drivers in a variety of traffic violation and other moving violation cases.

We strive to be accessible to our clients at all times, providing each person with a consistently high standard of personalized attention and customer service. We offer a free case consultation, as well as reasonable rates and payment plans in cases in which we are retained. If you need to speak to a knowledgeable Stamford criminal defense attorney or a DUI/DWI lawyer, Allan F. Friedman is here to answer your questions and help protect your future. Call us at (203) 357-5555 24/7 or contact us online to schedule an appointment now. We represent people charged with crimes in Fairfield County communities such as Stamford, Greenwich, Norwalk, Darien, New Canaan, Cos Cob, Fairfield, Westport, Wilton, Weston, and Bridgeport.

Charges: Operation under Suspension – 3rd time offender; Violation of Probation – Owed one year in Jail
Outcome: Saved my client 1 year and 90 days in jail – paid a fine and continued probation - no jail on a case that had mandatory jail time

Charges: Speeding – speeding during the probationary period after taking driver retraining program conviction would result in a suspension of my client’s drivers’ license which he needed for his work
Outcome: Charges dropped – saved my client’s license

WE OFFER REASONABLE FEES AND PAYMENT PLANS
Client Reviews
★★★★★
Attorney Friedman is the best!! He was extremely helpful and put me at ease with staying on top of my case leaving me with little to worry about. He is hardworking and was extremely flexible with my work schedule in setting up appointments and phone calls. His worth ethic, compassion, and fair price point really set him apart! Raul M.
★★★★★
Not only does Allan give exceptional legal advice, but he also takes the time to get to know his clients on an individual level. He is always available to answer questions, and he is truly dedicated to achieving a fair outcome in each case he is presented with. Knowledgeable, professional & compassionate. Highly recommend! Jennifer S.
★★★★★
Allan has been my personal attorney for over 10 years. He is creative, had working, dedicated, tenacious, and incredibly reliable. I highly recommend him, please don’t hesitate to contact him for service. George K.
★★★★★
I would highly recommend Attorney Allan F. Friedman to anyone seeking counsel in Connecticut. He represented our family's interests in a very professional, fair and effective way. I would give him my highest endorsement. Greg S.
★★★★★
Absolutely Exceptional Attorney. I give Allan a 10 out of 5 - he is that good and far beyond excellent!!! Allan handled my traffic matter with the highest level of professionalism, empathy and efficiency that anyone could ever ask for… Jose
★★★★★
This man literally saved my life! I had a criminal mischief and domestic charge along with a protective order put on me. Atty Friedman successfully got me into the required needed to have these charges dropped. Then came the felony protective order violation...Long story short I walked out of court today with all my charges nolled. Anonymous
View More
Submit a Law Firm Client Review
Meet Attorney Allan F. Friedman 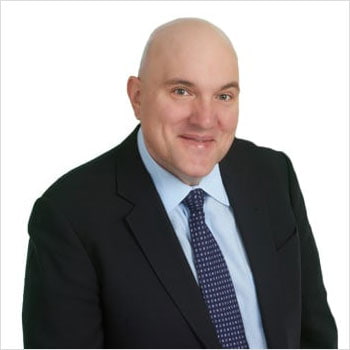