What You Need to Know About the Crime of Reckless Endangerment 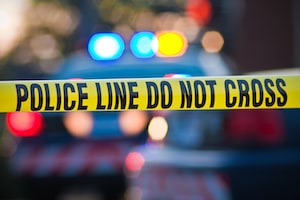 What Is Reckless Endangerment?

This crime is one that can be charged by police under a wide range of actions and behaviors, which create the possibility of a potential (hypothetical harm) to others. The list of possibilities is almost endless, but some frequently charged situations in which reckless endangerment are charged involve situations where parents allow teens to engage in drinking and drive away from their home; situations where reckless driving takes place putting either the passengers in your car in danger or others on the road at risk or harm; street racing; taking off from the police in a vehicle or on foot and refusing to stop; any type of brandishing or discharge of firearms or BB guns in public; drunk driving DUI with passengers in your car; getting involved in a large fight or brawling conflict and also many domestic violence situations where actions place other family members in danger.

All of these situations involve the possible risk of harm to others and also include reckless actions and therefore, can be charged as reckless endangerment. It is not required that someone was injured or harmed; all that is needed under the statute is that your reckless action created a risk of an injury to others. As mentioned above in these situations, it is not uncommon for the police to charge you with the underlying offense, such as for example: engaging police in pursuit or DUI and add the charge of reckless endangerment as an additional charge. Regardless of the circumstances of your arrest for reckless endangerment, you should promptly review the details of your arrest with a Connecticut criminal lawyer to make sure that your rights are properly defended.

Reckless endangerment is an offense which can leave you with a criminal record and have lasting consequences. Our goal is to use every means legally possible to avoid a criminal conviction. Since this crime requires proof that the accused acted in a reckless manner, often the defense works to establish that the state lacks sufficient evidence to prove that the defendant acted recklessly. Another commonly used defense tactic is to explain that the behavior was isolated and out of character and negotiate a dismissal of the charges in exchange for the performance of community service hours.

A lot of criminal allegations are made by people who have ulterior motivations and can be false. Our firm never hesitates to get our investigative team to interview witnesses and prove that our clients are innocent of false accusations.

For first time offenders, the accelerated rehabilitation program is often the preferred alternative to resolving these kinds of allegations. However, depending on the seriousness of the alleged actions, it may require some persuasive lawyering to convince a judge to grant the program. Because reckless endangerment covers such a wide range of behaviors and activities, the best course of action is to call an experienced Stamford criminal attorney to receive a free case evaluation and determine what the best defense would be to utilize in your situation.

If you have been arrested for reckless endangerment do not hesitate to contact the Law Offices of Allan F. Friedman. We work on a flat-fee basis, and our rates are very reasonable. Call Attorney Friedman at (203) 357-5555 to schedule your free initial consultation and case evaluation – we are available 24/7 to respond to urgent matters. Or you can contact us online for a prompt response.