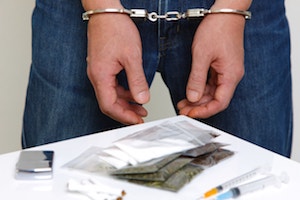 Drug arrests have reached record levels in Connecticut. Drugs are an epidemic on our streets and in our society. Many people who are arrested are falsely accused. All too often, the police exaggerate the charges, adding extra charges that are unwarranted, and obtain evidence in violation of your fundamental constitutional rights. I understand how stressful and frustrating it can be when you are facing drug charges.

If you have been arrested for any crime related to the possession, sale, or distribution of drugs in Connecticut, you are facing the possibility of some very serious consequences. You should take any drug crime arrest very seriously. A top Stamford drug defense lawyer at the Law Offices of Allan F. Friedman will explore every possible avenue to favorably resolve the charges, whether it be through a diversionary program, drug treatment programs, or by defending you against a wrongful accusation at trial.

If you are under investigation, have been contacted by the police or have been arrested for a drug offense, make your first call to an experienced Stamford drug crimes attorney at The Law Offices of Allan F. Friedman as soon as you can. Do not answer any questions or speak with the police without first seeking legal counsel with a drug crimes attorney serving Stamford. We answer the phone 24 hours a day 365 days a year. (203) 357-5555. Attorney Friedman has been defending drug cases for over 25 years, including cases involving simple possession, sale, distribution, and manufacture of drugs and narcotics. Attorney Friedman is ready to provide the tenacious, aggressive, and passionate representation that your case deserves.

The War on Drugs

In 1971 President Nixon declared the "War on Drugs." As a result of this misguided "war" the United States has the largest prison population in the world. 2.3 million Americans are in jail. About 25% of those are incarcerated for drug crime violations. In this "war on drugs," the Government has spent over 1 trillion dollars, yet it is a failed effort. In 2017, for the first time, overdoses from opioids became the number one cause of death for people under the age of 50 in the United States. Clearly, the system is broken, and the "war" has been lost. It is our strategy to seek drug treatment programs, drug rehabilitation, and alternatives to incarceration in every drug case we handle. We have over 25 years of experience as Stamford drug crimes lawyers.

In Connecticut, the war on drugs is sadly still in full swing. Connecticut takes drug cases very seriously. The police are still concentrating their efforts on making drug-related arrests, and the arrest rates for drug charges have been increasing in the last few years. Often drug arrests begin when police make stops for motor vehicle violations and discover some drugs. Very often, depending on how the drugs are packaged, the police may add the charge of possession with intent to sell, which carries a mandatory minimum jail term and is a felony.

Also, if you are caught in possession of drugs within 1500 feet of a school, housing project, or daycare center, you could face the enhanced penalty of possession within a school zone, which also carries a minimum mandatory jail sentence and is a felony charge. With the possibility of facing time in jail, significant fines, restrictive probationary conditions, and a felony criminal record, it is essential to consult with an experienced Stamford drug crimes defense lawyer at the Law Offices of Allan F. Friedman. Attorney Friedman will fight to protect your rights in court and achieve the best possible outcome.

Every drug case is unique. Every drug charge has to be taken seriously. There are so many factors that go into planning a winning defense strategy.

For this reason, to properly evaluate your case, you should come in for a free initial case evaluation/consultation so that we can go over the specific facts and details of your case and come up with a defense strategy to resolve your case. I understand the stress that goes along with not understanding what the future holds and the uncertainty over how long it will take to resolve your drug case. One of the great things about having a comprehensive case evaluation consultation is that I can start to answer some of your questions and begin to bring a conclusion to your legal nightmare. Some of the criteria which affect the disposition of drug crimes are:

What is your immigration status? (Those who are undocumented will require additional attention and the consequences of any conviction could lead to deportation)

Only through a careful case evaluation and free initial consultation can we go over the facts of your case sufficiently to determine what defenses may be available to fight your case.

Fortunately for those facing drug crime allegations, there are many different methods that an experienced criminal defense attorney can employ to help you and achieve a favorable outcome. I approach drug cases with a very aggressive and tenacious defense posture. Some defenses to drug crime charges include:

If you have been charged with any drug crime, do not hesitate to contact The Law Offices of Allan F. Friedman. We work on a flat fee basis, and our rates are very reasonable. Call Attorney Friedman at (203) 357-5555 to schedule your free initial consultation and case evaluation – we are available 24/7 - 365 days a year. Or you can contact them online for a prompt response.

Related Links
Criminal Defense
Connecticut Criminal Lawyer Blog - Drug Crimes
Client Reviews
★★★★★
Attorney Friedman is the best!! He was extremely helpful and put me at ease with staying on top of my case leaving me with little to worry about. He is hardworking and was extremely flexible with my work schedule in setting up appointments and phone calls. His worth ethic, compassion, and fair price point really set him apart! Raul M.
★★★★★
Not only does Allan give exceptional legal advice, but he also takes the time to get to know his clients on an individual level. He is always available to answer questions, and he is truly dedicated to achieving a fair outcome in each case he is presented with. Knowledgeable, professional & compassionate. Highly recommend! Jennifer S.
★★★★★
Allan has been my personal attorney for over 10 years. He is creative, had working, dedicated, tenacious, and incredibly reliable. I highly recommend him, please don’t hesitate to contact him for service. George K.
★★★★★
I would highly recommend Attorney Allan F. Friedman to anyone seeking counsel in Connecticut. He represented our family's interests in a very professional, fair and effective way. I would give him my highest endorsement. Greg S.
★★★★★
Absolutely Exceptional Attorney. I give Allan a 10 out of 5 - he is that good and far beyond excellent!!! Allan handled my traffic matter with the highest level of professionalism, empathy and efficiency that anyone could ever ask for… Jose
★★★★★
This man literally saved my life! I had a criminal mischief and domestic charge along with a protective order put on me. Atty Friedman successfully got me into the required needed to have these charges dropped. Then came the felony protective order violation...Long story short I walked out of court today with all my charges nolled. Anonymous
View More
Submit a Law Firm Client Review