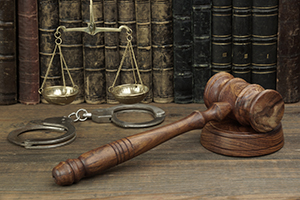 Elements of the Offense that Must be Established by the State

To prove a violation of reckless endangerment in violation of C.G.S. § 53a-64, the state's attorney must establish the following beyond a reasonable doubt:

A man leaves his cased shotgun in the backseat of his unlocked car while he is eating dinner at a restaurant. When the man returns, he discovers that the shotgun has been stollen and calls police. The man could be convicted for reckless endangerment in violation of C.G.S. § 53a-64 because leaving a loaded firearm in his unlocked vehicle created a substantial risk of physical injury to others. If the weapon has been a handgun the man could have been charged in addition with a violation of Public Act 19-7 a/k/a "Ethan's Law"which prohibits leaving handguns unattended in a motor vehicle unless they are secured in the trunk, locked glove box or safe.

A man is speeding and a police officer tries to pull him over. The man disregards the policeman and takes off at a high rate while speed passing through several red lights. The man could be charged with reckless endangerment in violation of Connecticut General Statutes § 53a-64 because his reckless driving created substantial risk of physical injury to others. In addition, the man could be charged with reckless driving in violation of C.G.S. § 14-222 and several other traffic violations.

The crime of reckless endangerment in the second degree requires proof of a reckless action. The state carries the burden to prove this element of the crime beyond a reasonable doubt. In many situations, people are prosecuted for reckless endangerment in the second degree in violation of C.G.S. § 53a-64 who may have only acted negligently or made a mistake. To act with the criminal state of mind of recklessness requires an awareness and conscious disregard of a substantial and unjustified risk.

In other circumstances we have been successful in convincing state's attorneys and judges that conduct that constituted reckless endangerment was an isolated and out of character episode. In many situations good people make a poor decision and our job is to put the focus on all the good aspects of your life and not the mistake that you made. A lot of reckless endangerment cases can be resolved through negotiations with the state that lead to a dismissal of the allegations in exchange for a charitable contribution or community service hours.

The penalty for a violation of C.G.S. § 64 - reckless endangerment in the second degree is a Class B misdemeanor punishable by up to 6 months in jail and a fine of up to $1,000.

Criminal Defense for Reckless Endangerment in the Second Degree

If you have been arrested for reckless endangerment and you are looking to hire an attorney for representation, we invite you to contact our office for a free consultation to discuss your concerns either in office, by phone or video conference. We have local offices in Norwalk and Stamford.