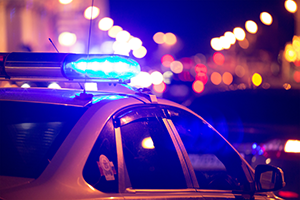 To be convicted of reckless driving in violation of Connecticut General Statutes § 14-222, the state's attorney has to prove the following elements of the crime:

The accused was operating a motor vehicle on a road, parking lot, or highway for at least ten cars; and

A man is driving his car on I-95 at 98 mph when he is caught by a state trooper in a speed trap. Since the man was going faster than 85 mph, this is reckless driving per se. The man could be convicted for reckless driving in violation of Connecticut General Statutes § 14-222.

Connecticut General Statutes § 53a-57 - Misconduct with a Motor Vehicle

You can be charged with reckless driving whenever you exhibit behavior that the police determine is reckless or endangers the lives of others. Since "reckless" is not explicitly defined, this is the element that may be easiest to challenge. We may be able to raise a reasonable doubt about any of the elements, including recklessness. The surrounding circumstances will determine whether that act was reckless.

Even if you were charged with reckless driving for driving over 85 mph, we could contest the determination of the speed. If the speed was officially clocked on the radar, we could look at whether the radar device was appropriately maintained and calibrated. If we can raise sufficient reasonable doubt about "recklessness" or another element, it may be possible to negotiate to have the charge reduced from a criminal charge to a moving violation.

Reckless driving is a misdemeanor and will give you a criminal record. If you are convicted, you will be fined at least $100 and up to $300. In addition, you will face a license suspension. You also can be incarcerated for up to 30 days. For each subsequent reckless driving offense, you can face a fine of up to $600 and incarceration for a year.

If you or a loved one has been arrested for reckless driving, it is essential that you contact a top Connecticut criminal defense attorney. Allan F. Friedman has over 30 years of experience defending criminal allegations.

For more information about defending reckless driving allegations in violation of C.G.S. § 14-222, contact Stamford criminal lawyer Allan F. Friedman to arrange your free, no-obligation, initial consultation. Our offices are located at 24 Hoyt St #A, Stamford, CT 06905. Mr. Friedman can be reached 24/7 at (203) 357-5555, or you can contact us online for a prompt response.