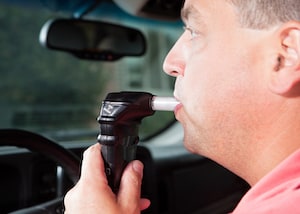 Connecticut DUI law has shifted to an emphasis on interlock devices away from the old system of more lengthy license suspensions. Every DUI conviction or DMV per se license suspension results in the imposition of ignition interlock requirements. Driving with an ignition interlock can be a significant financial burden and hardship. Also, it can cause embarrassing situations for individuals who have these devices in their vehicles.

The legislature has imposed harsh punishments codified in C.G.S. § 14-227k for anyone who attempts to circumvent the ignition interlock requirement either by tampering with the device installed in their vehicle or by driving a vehicle that does not have an interlock device installed. The concept behind the interlock program is to physically prevent drivers in the program from being able to operate a motor vehicle while they are under the influence of alcohol. Efforts to tamper with the device or drive another vehicle that does not have an interlock device are illegal. Courts and state's attorneys take any interlock requirement violation seriously.

If you are caught driving a vehicle that does not have an interlock device installed while you are still under an interlock restriction, you face a mandatory minimum 30 days in jail unless you can demonstrate mitigating circumstances to the satisfaction of the court. Anyone charged with this offense should immediately contact an experienced Connecticut interlock violation defense attorney.

To be found guilty of operation of a motor vehicle without an ignition interlock device or C.G.S. § 14-227k, the state's attorney must be able to prove the following elements of this offense beyond a reasonable doubt:

As with any traffic offense, the investigating officer needs to have probable cause to initiate a traffic stop.

The tampering violations are usually only discovered when the defendant, who is under an interlock restriction, is found to be operating a vehicle with an interlock while intoxicated. This will lead to the suspicion that either the device has been tampered with if there are no passengers or that another passenger has blown into the interlock device if the driver is intoxicated.

While rarely charged, the statute does allow the police to arrest passengers who aide the driver in bypassing the interlock device by blowing into it. Since 2012, when Connecticut went to an all offender ignition interlock law, I have never seen any passenger prosecuted for assisting a driver in bypassing the functionality of an interlock device. In every occurrence I have seen, the diver was the one arrested.

However, passengers should realize that not only is it dangerous to allow an intoxicated person to drive you, it is also illegal to assist them by tampering with or bypassing the ignition interlock device by blowing into their interlock device to allow them to start and operate their vehicle while intoxicated.

Out of State Interlock Orders Transfer to Connecticut

Violations of the interlock requirement can expose you to a mandatory minimum of 30 days in jail.

A woman who has an interlock restriction has her car under repair in the body shop. She is home when her husband suffers a medical emergency, and she decides to rush him to the hospital emergency room using her husband's car that is not equipped with an interlock device. As she is racing to the hospital, she is pulled over for speeding she is pulled over by a police officer who arrests her for a violation of 14-227k and calls an ambulance for her husband. The woman could be convicted for driving a car without an interlock device in violation of C.G.S. § 14-227k, which is a misdemeanor. However, the medical emergency with her husband may be successfully used as a "mitigating circumstance" to convince a judge to waive the mandatory minimum of 30 days in jail required by the statute.

In the same factual scenario as above, the woman has not pleaded guilty to DUI and has no criminal record. Her interlock requirement is a result of a driving while impaired violation from New York and, therefore, she is technically eligible for the accelerated rehabilitation program for the charge of C.G.S. § 14-227k. If the woman successfully was granted admission to and completed the AR program, the charge would be dismissed, and she would have no criminal record.

Most violations of C.G.S. § 14-227k involve the operation of a motor vehicle that lacks an interlock device by an individual who has an interlock restriction. These offenses are very difficult to defend. The sole issues that the state has to prove in these cases are first that the accused was operating a motor vehicle that did not have an interlock device, and secondly that the accused had an interlock restriction on their driving privileges at the time they were driving the car. The defense strategy is focused on establishing "mitigating circumstances" as set forth in C.G.S. § 14-215c.

If there are no "mitigating circumstances," the only other defense strategy is to attack the constitutionality of the police traffic stop that led to the arrest. If the officer lacked probable cause to initiate the stop, it might be possible to suppress evidence and have the case dismissed. Obviously, "mitigating circumstances" and probable cause for a traffic stop are factors that you will want to review with a Connecticut criminal defense attorney carefully.

As mentioned briefly, for those defendants who lack any criminal record and merely are enduring a DMV related interlock requirement (for example, as a result of a refusal of a chemical test in a DUI case that later gets dismissed) it may be possible to apply for the accelerated rehabilitation program. The AR program is a diversionary program that can lead to a dismissal of the charges.

Similarly, other parties who may be charged with tampering with the interlock device (for example by blowing into the device to circumvent its functionality) would also be eligible to apply for the accelerated rehabilitation program if they have no prior criminal record and have not used the AR program in the previous 10 years.

Tampering violations that do not involve operating a motor vehicle, a violation of C.G.S. § 14-227k(a)(1) or (b) are a Class C misdemeanor which is punishable by up to 90 days in jail and a fine up to $500 and the loss of your driver's license for 45 days and be required to have an interlock device in your vehicle for a period of one year.

Driving a motor vehicle without an interlock device who is subject to an interlock restriction in violation of C.G.S. § 14-227k(a)(2) is a Class A misdemeanor which is punishable by up to one year in jail, 30 days of which is a mandatory minimum sentence (in the absence of any mitigating circumstances as approved by the court) a fine of up $1,000 and be required to have an ignition interlock device in your vehicle for a period of one year.

If you or a family member has been arrested for violation of interlock device requirements in violation of C.G.S. § 14-227k, you should immediately contact an experienced interlock device violations lawyer. Stamford criminal lawyer Allan F. Friedman has the experience to defend you against these kinds of serious allegations. Facing an allegation like C.G.S. § 14-227k, which carries a mandatory minimum jail sentence, can be a stressful and horrifying ordeal. You need a zealous and tenacious advocate to search for every possible alternative to avoid these harsh penalties.

For more information about defending ignition interlock device violations in violation of C.G.S. § 14-227k, and to arrange a free, no-obligation, initial consultation, contact Stamford criminal lawyer Allan F. Friedman at The Law Offices of Allan F. Friedman located at 24 Hoyt St #A, Stamford, CT 06905. Mr. Friedman can be reached 24/7 at (203) 357-5555, or you can contact us online for a prompt response.