Can Victims of Domestic Violence Drop the Charges? 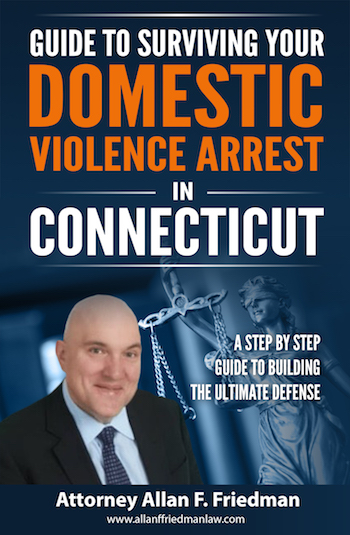 Many Victims of Domestic Violence Want to Drop the Charges

It may seem ironic but usually, the first contact person who calls into our Stamford criminal defense law firm is the victim of a domestic violence case who wants to drop the charges and who is upset because the police and the State's attorney will not listen to them. (Notice I say "them" and not "her" - victims of domestic violence come in all genders, ages, sexual orientations and, races). I can imagine how frustrating it can be for both the victim and the accused when the victim does not want the prosecution to continue and yet the State of Connecticut wants to continue to remain involved in the relationship by continuing the criminal prosecution and the orders of protection. Without a doubt, there are cases where there is a historical pattern of ongoing abuse where the State's attorney should rightfully not listen to a victim who wants to reunite with the abuser due to the obvious public safety concerns that exist. However, the vast majority of domestic violence cases that we defend involve relatively minor, isolated incidents in otherwise happy and problem-free relationships.

When the police are called to investigate any allegation of domestic violence, they are required to arrest someone if they find probable cause that any crime has occurred - even if the victim does not want to press charges and does not make a statement or speak to the police. For example, if a witness or a neighbor calls the police to complain that they can hear an argument between a husband and wife and the police respond, the husband may get arrested for breach of peace or disorderly conduct even if the wife says that she does not want to press charges if the police can determine that there is evidence that the husband was yelling at the wife in a loud and abusive manner either from witness accounts or the admissions of the husband. This is one of the top reasons why we always advise everyone who is the subject of a domestic violence investigation by the police to always remain silent, refuse to answer any questions and insist on the right to speak with a Stamford domestic violence attorney.

It may seem unfair, overly burdensome and intrusive but the Legislature has elected to take away all discretion from the police departments by requiring mandatory arrests in all cases and letting the courts and the office of family relations sort it all out later.

Of course, a call to 911 is always recommended for anyone who is in physical danger or who has been physically injured. However, we have seen many situations where two people who are in a heated argument that is likely not to turn physical resort to calling 911 as a means of "getting the upper hand" in the argument. This results in the intrusion of the State of Connecticut into the relationship, family and a lot of lasting unintended consequences like the publication of online arrest information that is very embarrassing not to mention the inconvenience and expense of coming to court to resolve the case. Occasionally, these arrests can have employment consequences for the accused, (depending on the type of work they are engaged in) and everyone feels very badly after the fact.

The State's Attorney Prosecutes Domestic Violence Cases Not the Victim

The general public seems to have a common misconception that a victim has the right to either press or drop criminal charges in a domestic violence case. This is not accurate. On the contrary, even if the victim wants to drop charges the State's attorney may decide after reviewing all the facts that it is in the State's best interests to continue prosecuting the case. The victim's input is very important and under our Constitution, all victims of crimes have the right to be heard throughout the proceedings and voice their concerns to the court. However, those rights do not extend to being able to drop the case.

Many Victims of Domestic Violence Want to "Drop the Charges"

The reality is that a lot of domestic violence cases are brought in the heat of the moment and when people calm down the following day, they deeply regret the situation and want to undo the damage. This is particularly the case when residential stay-away orders are issued and loved ones have to move out of homes and families are broken up. Understandably, many victims will contact the office of the State's attorney and victim's advocate and request that the case be dropped and the order of protection be removed or modified. With so many victims wanting to have the charges dropped the State's attorney becomes almost numb to these requests as they are so common. At the end of the day, the cases are processed based upon the facts alleged in the police reports and the input of the office of family relations.

The Victim Can Not "Drop" the Charges But the Victim's Input is Very Important to the Disposition of the Case While ultimately the victim can not drop the charges in a domestic violence case, the input from the victim is crucial to the disposition of a domestic violence case. In those cases where the victim is out for blood, aggressively seeking a guilty plea and or a standing criminal order of protection it can be much more difficult to obtain a favorable resolution. Of course, if the facts are on your side and you have a skilled Stamford domestic violence attorney fighting on your side you can still get a positive outcome even if the victim is not "on board" but it makes it so much harder. While the victim does not drive the bus in terms of being in charge of determining what the State's attorney is going to do in a particular case, having positive victim input can be very helpful for your case.

Assuming that you do not have any no-contact order of protection in place which prohibits any contact at all with the victim it seems that often a topic of conversation with parties going through a domestic violence case is the criminal case itself. I want to sound a warning about these kinds of conversations, because pressuring or coercing the victim in a domestic violence case can put you in much more serious trouble.

You must never attempt to contact a victim in a criminal case and attempt to pressure or coerce them into altering their position or testimony in the case. First of all, in nearly every domestic violence case there is at least a partial order of protection so if you attempt to pressure the victim you are violating a criminal order of protection which is a serious felony. Also, in every case attempting to put pressure on any victim can expose you to the charge of tampering with a witness which is a class C felony punishable by up to 10 years in jail. I always recommend that defendants in domestic violence cases never even discuss the pending criminal case with the victim. While it may be very tempting to engage the victim in conversations about the case, particularly when the victim is the one who is initiating the conversation, you just have way too much to lose by doing so.

Why Choose the Law Offices of Allan F. Friedman?

The strategy to resolve any particular case depends on the facts of the case itself. With over 28 years of experience in defending domestic violence cases, Attorney Allan F. Friedman will leave no stone unturned to defend your rights and obtain the best result possible. Our Stamford domestic violence law firm offers a free no-obligation case evaluation so that we can review your legal rights and our defense strategy. To schedule your free consultation contact Allan F. Friedman at the Law offices of Allan F Friedman 24/7 at (203) 357-5555.