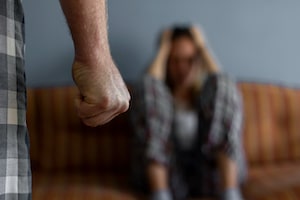 The state's attorney takes domestic violence very seriously, and it can often take a long time to clear your name and get your case dismissed. If you are facing this ordeal, having a Westport domestic violence lawyer to counsel you and defend your rights can make the process less stressful and help you obtain a more favorable resolution of your case.

Once the Westport Police are summoned concerning a domestic violence incident, they are required by Connecticut law to make an arrest if they find probable cause that a crime has occurred. Since probable cause is the lowest evidentiary standard, many people are arrested for family violence crimes that could never be convicted at trial. When tensions flare, and someone calls 911, often things have calmed down by the time that police respond. The police must arrest someone if they see any evidence that a crime took place even if the victim does not want to "press charges."

In many instances, domestic violence accusations are false and brought by individuals who are seeking to gain the upper hand in a contested custody or divorce action. Since Westport is home to many high net worth individuals, there are many so-called "high conflict" divorce cases. It is common for opposing parties to use the police as a tool in their divorce playbook and make unfounded allegations of family violence to get an advantage in divorce proceedings.

A domestic violence crime is any crime of violence or stalking behavior that occurs between individuals that, for example, are related by blood, marriage, have a dating or intimate relationship, or a child in common. Once a crime is characterized as a domestic violence crime, it is treated much more seriously and is fast-tracked. Once you have been arrested for domestic violence, it is a serious situation. Don't try and talk your way out of the situation, but rather remain silent and refuse to answer any questions without the counsel of a Westport domestic violence defense attorney.

The majority of domestic violence crimes start as verbal arguments, and the most common charges are disorderly conduct or breach of peace. When people begin to put their hands on each other and slap, scratch, or bite each other, the charge of assault in the third degree is commonly charged. When a serious physical injury occurs or if a dangerous weapon or instrument is used in the assault, then the attack would become a felony-level assault in the second degree. Other common family violence crimes include strangulation and unlawful restraint.

When minor children are in the home at the time of a domestic violence incident, the police are required to make a referral to the Department of Children and Families (DCF). In many instances, the Westport Police will add the felony charge of risk of injury to a minor, even when there was no apparent overt danger or threat to the minor children on the theory that having a domestic argument in the home somehow impairs the morals of the children. Since a DCF referral can be a very intrusive and invasive investigatory process, it is essential to speak with a domestic violence lawyer serving Westport to get some guidance about the best way to approach the situation.

Every time there is a domestic violence arrest, you are required to appear the next business day at the Superior Court for mandatory arraignment. In the case of Westport domestic violence arrests, your case will be heard at the G.A. #20 Superior Court at 17 Belden Avenue, Norwalk, CT 06850. The purpose of the arraignment is for the court to determine what level of criminal order of protection to impose to protect the alleged victim. In every domestic violence case, the court is going to impose an order of protection. The orders of protection come in varying levels. The most restrictive forms of these orders, the residential stay-away order and the full no contact orders would require you to move out of your home during the pendency of the case if you reside with the victim.

It is imperative to understand that once an order of protection is issued, the victim does not have the power to modify it or allow you to do something contrary to the terms of the order. Only the court has the ability to modify an order of protection. It would help if you had a consultation with a Westport domestic violence lawyer concerning your domestic violence arraignment as soon as possible.

Over the last two decades defending domestic violence cases, we have seen many situations were good people who were never arrested before suddenly find themselves being arrested for a family violence crime. We understand that everyone makes mistakes.

If you find yourself facing charges for a domestic violence allegation, you should promptly contact a Westport domestic violence lawyer to review the best alternatives to defend the allegations. Attorney Friedman will assert your rights and provide sound legal advice. Our objective is to use every means legally permissible to have the charges dismissed or thrown out, or significantly reduce the charges. We work on a reasonable flat-fee basis. Call Attorney Friedman at (203) 357-5555 to schedule your free initial consultation and case evaluation - we are available 24/7 - 365 days a year. Or you can contact us online for a prompt response.