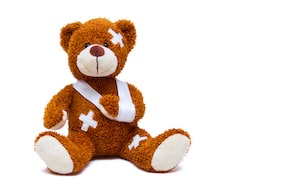 Connecticut General Statutes § 53-21 addresses offenses which risk the health, safety or morals of children in Connecticut. This is a very broad, widely crafted "catch-all" statute which covers a tremendous range of behaviors. Risk of injury to a minor is a serious felony offense. It can often be charged in domestic violence cases if, for example, parents are having an argument in the same home with their minor children. Other common examples where risk of injury allegations are charged involve allegations of violent forms of parental discipline of children. Some situations were risk of injury can be charged include cases where children are left unattended; people drive intoxicated with children in a vehicle; or when people have unclean, unsafe and unsanitary conditions in their homes. The statute is divided into two main sub-sections. The first deals with any possible situation which could place the health, safety or morals or a child at risk. The second subsection makes any sexual contact with the intimate parts of a minor illegal.

There are six different situations that this statute criminalizes, and the levels of punishment vary given the behavior and the age of the victim. To be convicted of violation of Connecticut General Statutes § 53-21, the prosecutor must be able to prove the following elements of the crime:

A man and his wife are arguing at home over financial matters. The woman is holding their 2 year-old daughter in her arms. The man becomes more upset and slaps the woman in the face. The man could be prosecuted for risk of injury to a minor in violation of Connecticut General Statutes § 53-21(a)(1) because by slapping his wife while she was holding the child he committed an act likely to impair the health of a child under 16. The man could also be charged with assault in the third degree which would be treated as a domestic violence crime. Risk of Injury to a Child is not a domestic violence crime.

A woman is taking care of her 5-year-old son. The woman leaves the boy home while she goes out to the bank and post office to run a few errands. While the woman is out the boy lets himself out of the home and is found by a neighbor walinging in the street. The police are called to the scene. The woman could be convicted of risk of injury to a child in violation of Connecticut General Statutes § 53-21(a)(1) because she left the child unattended with no supervision.

A man is watching is girlfriends 12-year old son while she is at work. The man fondles the intimate parts of the boy in a sexual manner. The man could be charged with risk of injury to a child in violation of Connecticut General Statutes § 53-21(a)(2). Since the child was under the age of 13 at the time of the offense the man would face the enhanced penalty of mandatory minimum five years in jail upon a conviction. The man would also be guilty of sexual assault in the fourth degree in violation of Connecticut General Statutes § 53a-73a.

The same example as the above situation only it occurred with a 14 year-old girl there would be no mandatory minimum sentence but it would still be a violation of Connecticut General Statutes § 53-21(a)(2).

This a very broadly drafted statute and the police are known to liberally apply its application to any situation that presents a potential for a conceivable threat to a child. Since this statute covers such a wide scope of potential scenarios it is impossible to describe a defense to every hypothetical situation. The vast majority of risk of injury to a minor allegations that we see locally arise out of domestic violence arrests where the minor was merely present while a conflict occurred. In most situations, upon successful completion of DCF investigations and the conclusion of the domestic violence case the states attorney will agree to nolle or drop the risk of injury charges. That should be the goal in any domestic violence representation as in most situations the children were never in any actual risk of harm of any kind.

If you have been charged with risk of injury the best course of action is to contact us to review the facts of your specific case and hear our action plan for resolving your case. The consultation is free of charge.

The accelerated rehabilitation program is a diversionary program that is suitable for risk of injury allegations. An applicant who has no criminal record and who has no previously used the AR program in the last ten years may be eligible to use this program to get the charges dismissed. Since this charge is a serious felony level offense you could consult with an experienced Connecticut criminal defense attorney concerning this option.

When the police make an arrest for risk of injury or impairing the morals of a minor in violation of C.G.S. § 53-21a they are mandated reporters and required by law to make a referral to the Department of Children and Families (DCF). DCF's job is to investigate the welfare of the child and ascertain if the living arrangements of the child present any danger. In some instances, we have seen DCF investigations become very intrusive and invasive. It is important to know that everything you tell a DCF caseworker about your case can be used against you. Before you speak with a DCF caseworker you should speak with an experience Connecticut criminal defense lawyer about your rights.

The penalties for a violation of C.G.S. § 53-21 range in severity based upon which subsection of the statute you are charged with and the age of the alleged victim

If you, or a loved one, has been charged with the crime of risk of injury to a minor in violation of C.G.S. § 53-21, you should promptly speak with an experienced Connecticut criminal defense attorney. Stamford criminal lawyer Allan F. Friedman has the experience to contest these type of accusations achieve the most favorable result possible.

For more information about defending risk of injury to a minor allegations in violation of C.G.S. § 53-21, contact Stamford criminal lawyer Allan F. Friedman at The Law Offices of Allan F. Friedman to arrange your free, no-obligation, initial consultation. Our offices are located at 24 Hoyt St #A, Stamford, CT 06905. Mr. Friedman can be reached 24/7 at (203) 357-5555, or you can contact us online for a prompt response.