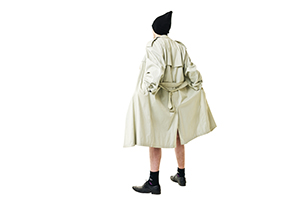 The Connecticut legislature has made it illegal to engage in lewd or sexual acts in public places. While people may realize that participating in lewd acts in a public place is risky, they may not understand that it is illegal. "Public place" includes any location where the conduct may be reasonably be expected to be viewed by others and can include places like your car or backyard. It is even possible to be charged with this crime for exposing yourself in your own house if you were standing in front of a window that is facing the street, for example.

When the victim of a public indecency allegation is a minor, the case can escalate because you can be charged with the more severe crime of risk of injury to a minor , which is a felony-level offense.

An arrest for public indecency can result in significant reputational harm, especially if the arrest is picked up by online news publications. Having these types of charges dismissed is essential so that you later have internet publications removed.

To establish that someone is guilty of public indecency in violation of Connecticut General Statutes § 53a-186, the state's attorney must be able to prove the following elements of the crime:

A man and a woman are making out in a car parked on the side of the road. They start to engage in sexual intercourse in the backseat. A neighbor sees them and calls the police. The man and the woman could be convicted for public indecency in violation of C.G.S. § 53a-186 because they had sexual intercourse in a public place.

A man is in a state park where there is a beach. He goes to an empty section of the beach and takes off his clothes and sunbathes in the nude. A young boy is running on the beach, and he happens to see the man and tells his mother. The man could not be arrested for public indecency in violation of C.G.S. § 53a-186 because he did not have a lewd intention. However, given that a young boy saw him naked in a public place, the man could be charged with risk of injury to a minor / impairing the morals of a minor in violation of C.G.S. § 53-21.

In order to convict you for public indecency, the state has the burden of proving every element of the crime. Often people may be naked in public because they want to express themselves, participate in nude sunbathing, or other valid reasons that have nothing to do with sexual desires or arousal. The state has the burden to prove the accused acted to expose themselves with the purpose to arouse or satisfy sexual desire. Often this can be a hard burden to prove.

In many situations, people who observe alleged actors may make errors and misidentify the wrong suspect. Eyewitness identification is an area of the law in which many innocent people have been wrongfully accused of crimes they did not commit due to erroneous police "show up" procedures.

In those situations where the state has a strong case against the accused, a diversionary program such as the accelerated rehabilitation program can result in a dismissal of the allegations without having to plead guilty or accept responsibility. Using a diversionary program is a cost-effective way of resolving a criminal accusation without having to face the risk of taking a case to a jury trial.

The penalty for a violation of Connecticut General Statutes Section § 53a-186 loitering on school grounds is a Class B misdemeanor punishable by up to six months in jail and a fine of up to $1,000 and probation.

For more information about defending public indecency allegations in violation of C.G.S. § 53a-186, contact Stamford criminal lawyer Allan F. Friedman to arrange your free, no-obligation, initial consultation. Mr. Friedman can be reached 24/7 at (203) 357-5555, or you can contact us online for a prompt response.