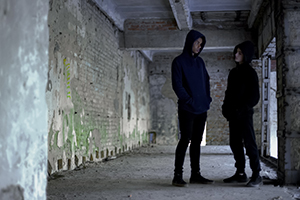 The Connecticut legislature has determined that all participants in a criminal conspiracy should be punished equally regardless of their degree of participation. All that is required for a conspiracy prosecution is an agreement to commit a crime and some overt act taken in furtherance of that plan. You can be convicted for conspiracy even if the plan fails, and no crime is ever committed.

Since the punishment for a conspiracy under Connecticut General Statutes § 53a-48 is equal to the crime that was planned to be committed, it is a serious crime. Because the proof of a conspiracy does not require the state to prove that the crime was actually completed, it is often easier for the prosecutor to prove a conspiracy than the crime itself. The addition of a count of conspiracy significantly enhances the likelihood that the state's attorney will be able to secure a conviction.

Conspiracy Requires a State's Attorney to Prove the Following Facts:

To be convicted of conspiracy in violation of Connecticut General Statutes § 53a-48, the prosecutor has to prove the following elements of the crime:

1. The defendant intends that conduct that constitutes a crime be performed; and

2. The defendant agrees with one or more persons to engage in or cause the performance of such acts; and

3. And one of the participants commits an overt act in furtherance of the agreement

A man is approached by a group of friends who are planning to commit a burglary in violation of Connecticut General Statutes § 53a-103. The man is not expected to participate with the rest of the group who will break into the house, but he is asked to buy a crowbar from the hardware store that the group can use to break open the front door of the home. The man agrees and buys the crowbar. Even though the man does not commit the burglary, he could be convicted for burglary because he made an agreement with the others concerning an illegal act, and he then committed an overt act (buying the crowbar) in furtherance of the conspiracy. It is irrelevant that the overt action of purchasing a crowbar was legal absent the conspiracy. The man could be convicted of conspiracy in violation of C.G.S. § 53a-48 to commit the crime of burglary in the third degree.

A man is approached by his friend, who needs a ride to pick up a box. The friend explains that he is picking up the box that contains an apple phone that has been delivered to a vacant home. An identity theft ring has stolen someone's identity and ordered the phone and directed it to the empty house. The friend is being paid a fee to retrieve the box on behalf of the crime syndicate. The man gives his friend a ride to pick up the box, and when they are leaving the driveway with the box in the car, a police officer who was staking out the house pulls them over. The man could be convicted of conspiracy in violation of C.G.S. § 53a-48 to commit the crime of identity theft in the third degree C.G.S. § 53a-129d.

Conspiracy is often an easy case for the state to prove as often co-defendant's will testify against each other. Also, the state does not have to prove all of the elements of the attempted crime. The state only has to prove that an agreement was made to commit and illegal act and that someone who was part of the conspiracy took an overt act towards that goal.

Connecticut General Statutes § 53a-48- conspiracy is charged at the same level and degree of the crime that was attempted except for Class A felonies that are charged as Class B felonies. This can seem very hash for people who only played a peripheral role in the conspiracy and now are facing the same penalty as the main perpetrators.

At the Law Offices of Allan F. Friedman, we strongly believe in the presumption of innocence and your right to a fair trial and aggressive defense. We are determined to provide all our clients with five-star customer service and exceptional representation, even when faced with the most stressful and trying circumstances. If you have been arrested for conspiracy, contact our Stamford criminal law firm today at (203) 357-5555, or you can contact us online for a prompt response.