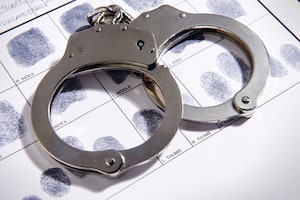 Interfering with an officer under Connecticut General Statutes § 53a-167a is a very broadly drafted criminal statute which makes it illegal to do virtually any act which obstructs or hinders a police officer. Since the statue is a widely drafted "catch all" statute it is often abused by police officers who use it to arrest anyone they feel is giving them a "hard time." Since police officers have such a wide amount of discretion about when and if to arrest someone for an interfering charge it is a crime that many people feel is often applied in a discriminatory manner. This statute gives Connecticut police a tremendous amount of power to make subjective determinations about who to arrest.

A lot of clients feel that this statute only applies to resisting arrest. However, the scope of the statute extends to the "performance of the officer's duties" which can mean just about any task or function that police officers perform. Therefore, if you intentionally interfere with just about any police action you could be arrested for a violation of interfering with police Connecticut General Statutes § 53a-167a.

Often defendants are charged with this offense in addition to other crimes. In many scenarios police charge you with interfering with an officer in violation of Connecticut General Statutes § 53a-167a because of behavior that occurred incident to an arrest on other charges.

Elements of the Offense Which Must be Established by The Prosecutor

To be convicted of interfering with policein violation of  Connecticut General Statutes § 53a-167a, the state's attorney has to prove the following elements of the crime:

A man and his wife are having an argument and a neighbor calls 911. When two police officers respond to investigate the complaint of domestic violence the officers separate the parties individually so they can get each parties side of the story. The man repeatedly refuses to comply with the police officer's orders to remain outside the home while the other officer is speaking with his wife. After the investigation determines that there is probable cause to arrest the man for disorderly conduct the police place the man under arrest and also charge him with interfering with an officer in violation of Connecticut General Statutes § 53a-167a because he did not follow the officer's directions to remain outside the home while they were conducting their investigation.

A police officer pulls a man over for a motor vehicle stop. When the officer asks the man for his identification the man provides a false name and date of birth because he has a warrant for his arrest. The officer discovers the man's real identity by checking his fingerprints at the police station. The man could be arrested for interfering with an officer in violation of Connecticut General Statutes § 53a-167a because the man interfered with the officer's official duties by providing a false name. The man could also be charged with criminal impersonation in violation of Connecticut General Statutes § 53a-130.

A woman is lawfully video-taping a police officer who is making a DUI arrest on the street. The police officer advises the woman to step back a few feet for her safety as she is too close to the incident. The woman refuses to comply with the police officers request to step back away from where they are attempting to arrest someone. The woman could be arrested for interfering with an officer in violation of Connecticut General Statutes § 53a-167a because the woman refused to obey the commands of the officer. Although the woman had the absolute right to video tape the officers, if the officers asked her to move back, she must comply with the officer's lawful commands.

Related Offenses Defenses to Interfering with an Officer

The most important task that a defense attorney needs to accomplish when defending interfering with an officer allegations is to obtain all police body cam footage, video survailance from around the area and track down statements from any eye witnesses. Many interfering allegations are totally false. Often police officers charge people with interfering who they feel have a "bad attitude."

Since these offense requires proof of an intentional action the state has a significant evidentiary threshold to meet to convict someone of this offense. Many police officers have extensive disiplinary histories of allegations of police brutality. Evidence that the arresting officer has been disciplined in the past for police brutality can be very useful in defending these type of allegations.

For those defendants who have no history of a criminal conviction you may qualify for the accelerated rehabilitation program which can lead to a dismissal of all the charges against you. State's attorneys usually take allegations of interfering with police seriously so it is important to carefully prepare for an AR argument to make sure that you have the best possible chance of having the program granted.

At Allan F. Friedman Criminal Lawyer, we firmly believe in that everyone is presumed innocent and has the right to a fair trial and effective defense. This is why we are determined to provide all our clients with five-star customer service and exceptional representation, even when faced with the most stressful and trying circumstances. If you have been arrested for interfering with an officer contact our Stamford criminal law firm today at (203) 357-5555 or you can contact us online for a prompt response.