A Stamford & Greenwich Drug Crime Attorney You Can Trust 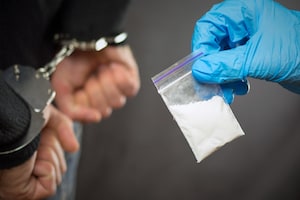 The possession, sale, and distribution of illegal drugs and controlled substances is a serious criminal offense in Connecticut. Common illegal drugs include cocaine, marijuana, crack, heroin, hash, meth, uppers, mushrooms, GHB, Special K, PCP, LSD, fentanyl, ecstasy, anabolic steroids or unauthorized controlled prescription drugs like oxycodone. When arrested for a drug offense in Connecticut, the penalties can be severe, depending on the circumstances of your case. Our office has always firmly maintained that drug offenders should be offered drug treatment programs and not jail terms. We fight hard for our clients to avoid harsh penalties and criminal records. If you have been arrested for a drug crime in Stamford, then contact Stamford drug attorney Allan F. Friedman to defend your liberty and obtain the most favorable outcome for your case.

The majority of Stamford drug arrests involve drug possession allegations. An arrest for drug possession can range in severity from a criminal violation to a criminal misdemeanor or felony depending on what kind of drug, the quantity, and the circumstances of the arrest. Arrests that involve small amounts of drugs for personal use are often less serious violations and misdemeanors. Offenders who are apprehended with more substantial qualities of drugs or with drugs packaged for sale may face felony possession with intent to sell charges. Additionally, Connecticut has strict mandatory minimum penalties for possession of drugs within 1500' of a school or housing project.

In Stamford, most arrests for drug possession occur concerning routine traffic stops or other regular police interactions. The Stamford Police Patrol Division initiates the majority of the drug possession arrests in Stamford. In many instances, offenders' Constitutional rights may have been violated. The police need to have reasonable suspicion to make a traffic stop. In some cases, police may search for drugs without a warrant in violation of your Fourth Amendment rights against unlawful searches and seizures.

Possession with Intent to Sell

The legislature has reduced the penalties for the possession of small quantities of narcotics to a misdemeanor level offense. Regretfully many police departments throughout Connecticut, including the Stamford Police Department Narcotics and Organized Crimes Unit , regularly add the charge of possession with intent to sell very liberally. It is shocking how easily you can be charged for possession with intent to sell by the police. Having a scale and some plastic bags in the trunk of your car, for example, can turn a $100 worth of cocaine into a drug-dealing operation. In some instances, possessing drugs that are packaged for individual sale, even if you bought them for your personal use, can result in a charge for possession with intent to sell, which is a severe felony-level offense punishable by up to 15 years in prison.

The allegation of possession with intent to sell is often abused by police and charged inappropriately. Many people are tagged with this charge, who never sold any drugs and never intended to do so. Even though the potential sentences are harsh, state's attorneys and judges have a lot of discretion to tailor alternative dispositions. Often drug-dependent individuals are granted more favorable resolutions that often result in no criminal record. If you have been charged with possession with intent to sell or operation of a drug factory, you will need a top Stamford drug crime attorney to fight for the best possible resolution of your case.

If you were arrested for a drug offense in Stamford, Greenwich or Darien, then your case will be heard at the Stamford G.A. # 1 Courthouse. The courthouse is located at 123 Hoyt Street, Stamford, CT 06905. The Stamford Police Department makes drug enforcement a top priority at all levels. Drug offense range from simple possession of marijuana to high-level narcotics investigations. Connecticut has very strict drug laws, and the Stamford Police Department Narcotics and Organized Crimes Unit is continuously working undercover to effectuate drug arrests in Stamford. The Stamford State's Attorney takes the prosecution of drug offenses very seriously.

Drug offenses pose a significant problem because any conviction for a drug offense can have adverse effects on your ability to seek many forms of employment. Some drug offenses have the possibility of substantial mandatory minimum jail sentences. Many people who have been arrested for drug offenses are falsely accused. In many cases, the police add on additional unwarranted charges to simple possession cases. Many clients are eligible for diversionary programs and alternative dispositions, which can lead to a favorable resolution of your case. Because of the significant consequences, you should handle a drug arrest seriously. Immediately contact a Stamford drug crimes attorney to arrange your free consultation and defense action plan today!

Attorney Allan Friedman will explore every available approach to deliver the most favorable disposition for your case. Attorney Friedman has successfully represented hundreds of clients accused of drug crimes throughout the State of Connecticut. Attorney Friedman will use his over 25 years of experience as a Stamford drug crimes lawyer to defend your rights and fight to achieve the best possible outcome. Attorney Friedman strives to deliver the top-notch personalized customer service that you have come to expect. Please take a moment to look over our numerous 5-star client reviews from dozens of satisfied customers.

If you have been charged with a drug offense, you should consult with a drug lawyer serving Stamford as soon as possible. With over 25 years of experience defending criminal allegations in Stamford and throughout Connecticut, Attorney Allan F. Friedman can find the optimal approach to achieve a favorable resolution of your drug case. Our objective is to have the charges dismissed or thrown out, if possible, or significantly reduce the charges. We work on a flat-fee basis, and our rates are very reasonable. Call Attorney Friedman at (203) 357-5555 to schedule your free initial consultation and case evaluation - we are available 24/7 - 365 days a year. Or you can contact us online for a prompt response.

Stamford Drug Crimes Resources Additional Stamford Points of Interest
Criminal Defense
Client Reviews
★★★★★
Attorney Friedman is the best!! He was extremely helpful and put me at ease with staying on top of my case leaving me with little to worry about. He is hardworking and was extremely flexible with my work schedule in setting up appointments and phone calls. His worth ethic, compassion, and fair price point really set him apart! Raul M.
★★★★★
Not only does Allan give exceptional legal advice, but he also takes the time to get to know his clients on an individual level. He is always available to answer questions, and he is truly dedicated to achieving a fair outcome in each case he is presented with. Knowledgeable, professional & compassionate. Highly recommend! Jennifer S.
★★★★★
Allan has been my personal attorney for over 10 years. He is creative, had working, dedicated, tenacious, and incredibly reliable. I highly recommend him, please don’t hesitate to contact him for service. George K.
★★★★★
I would highly recommend Attorney Allan F. Friedman to anyone seeking counsel in Connecticut. He represented our family's interests in a very professional, fair and effective way. I would give him my highest endorsement. Greg S.
★★★★★
Absolutely Exceptional Attorney. I give Allan a 10 out of 5 - he is that good and far beyond excellent!!! Allan handled my traffic matter with the highest level of professionalism, empathy and efficiency that anyone could ever ask for… Jose
★★★★★
This man literally saved my life! I had a criminal mischief and domestic charge along with a protective order put on me. Atty Friedman successfully got me into the required needed to have these charges dropped. Then came the felony protective order violation...Long story short I walked out of court today with all my charges nolled. Anonymous
View More
Submit a Law Firm Client Review