Connecticut General Statutes § 53a-183 – Harassment in the Second Degree 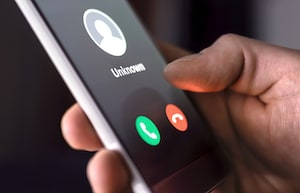 Harassment laws are designed to protect people against communications, which are likely to cause annoyance or alarm. Generally, the police will not arrest for harassment unless the actor has been warned to stop contacting the victim and persists in continuing communication. However, some police departments make harassment arrests based upon the subjective perception of the victim, which may not be reasonable or conform to a community standard. In many situations, a man who is simply courting a woman or seeking to establish a friendship has been arrested for harassment because the woman became paranoid and contacted the police to make a complaint.

A charge of harassment in the second degree can arise in an almost unlimited set of circumstances. Many cases of harassment that we handle are domestic violence cases due to the relationship between the parties.

To prove that the accused committed the crime of harassment in the second degree under Connecticut General Statutes § 53a-183, the prosecutor must establish the following elements of the crime:

A man goes on a date with a woman. He decides that he does not want to go out with her anymore. The woman starts calling the man dozens of times a day. The man blocks her number. Then he starts getting hang-up calls from a blocked number. The woman then starts calling his place of work multiple times a day. The man contacts his local police department, who approach the woman and request her to stop contacting the man. The woman keeps contacting the man at his work and sending unwanted gifts and flowers to his workplace. The persistent contacts of the woman despite multiple requests to stop would be likely to cause annoyance or alarm. In this scenario, the woman could be prosecuted for harassment in the second degree in violation of Connecticut General Statutes § 53a-183.

A man sees a woman he is interested in his college class. He puts a note on the windshield of her car and sends her a dozen roses to her house. The woman is particularly sensitive of her privacy and is unsure how the man found out where she lives or what kind of car she drives. The woman is distraught and paranoid. The woman calls the police and wants to have the man arrested for harassment. The man could not be prosecuted for harassment in the second degree because his actions only occurred once and were more akin to normal courtship and not a pattern of behavior that was likely to cause annoyance or alarm.

A woman is speaking with a customer service agent regarding her billing issue related to her account. The woman is not satisfied with the service that she is receiving, so she starts to use profane and abusive language. As the woman becomes more upset, she starts to make indecent and obscene remarks of a sexual and perverse nature in an attempt to vent her anger. The woman could be prosecuted for harassment in the second degree in violation of Connecticut General Statutes § 53a-183 because she used indecent and obscene language when addressing the other person.

There are two sides to every story, and in harassment cases, often the victim only presents one said of the story. It is crucial when defending harassment allegations to promptly file discovery motions to preserve all forms of electronic communications. Often victims are willing participants leading on the defendants through text messages and on social media. These kinds of evidence can destroy the credibility of the accuser, expose lies, and ultimately lead the state to drop the case.

The police are often quick to make an arrest in harassment cases because they fear that by failing to act, the situation may escalate. The standard of proof for an arrest is very low and only requires probable cause that a crime was committed. In domestic relationships (dating), the police are required to make an arrest if they find any evidence that a crime has been committed. A skilled Connecticut criminal lawyer can work with the state's attorney to demonstrate that your case lacks sufficient evidence of the required acts likely to cause annoyance or alarm. Just because the police arrest you for a harassment allegation does not mean that the state has enough evidence to convict you of this crime.

The penalty for a violation of Connecticut General Statutes Section § 53a-183 harassment in the second degree is a Class C misdemeanor, which can be punishable by up to 90 days in jail and a fine of up to $500.

Criminal Defense Lawyer for Harassment in the Second Degree Allegations

Courts and state's attorneys take harassment seriously. As a result, you should promptly speak to an experienced Connecticut criminal lawyer if you or someone you know has been accused of this offense. Stamford criminal lawyer Allan F. Friedman has over 25 years of experience defending criminal allegations, including harassment. Attorney Friedman will work hard to fight the accusations against you, have them dismissed, or significantly reduce the possible penalties.

For more information about defending harassment in the second-degree allegations in violation of C.G.S. § 53a-183, contact Stamford criminal lawyer Allan F. Friedman at The Law Offices of Allan F. Friedman to arrange your free, no-obligation, initial consultation. Our offices are located at 24 Hoyt St #A, Stamford, CT 06905. Mr. Friedman can be reached 24/7 at (203) 357-5555, or you can contact us online for a prompt response.