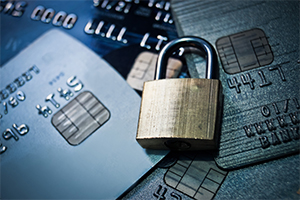 In today's technological age, more and more personal identifying information is being stolen by identity theft rings. The dark web is often used to traffic in personal data, which is then used by crime syndicates to commit massive fraud schemes that cost billions of dollars a year in lost revenue. Because so many people have become victims of identity theft, state and federal authorities have become increasingly more active in prosecuting identify theft crimes.

Lately, in our area, we have seen many visitors from New York and surrounding areas charged with conspiracy to commit identity theft or attempted identity theft for fishing mail out of local mailboxes. Local judges and state's attorneys have taken these offenses very seriously.

To be convicted of identity theft in violation of Connecticut General Statutes § 53a-129, the state's attorney must prove that:

Personal Identifying Information is defined under C.G.S. § 53a-129a(b) to include:

A man sees a woman's purse sitting on her car's open passenger seat while she is in a store picking up laundry. The man takes her checkbook and writes a check payable to himself and signs the woman's name on the check. The man deposits the forged check in the amount of $500 into his bank account. The man could be charged with a violation of C.G.S. § 53a-129d - identify theft in the third degree because he used the woman's name to sign the check. The man could also be charged with larceny in the fifth degree in violation of C.G.S. § 53a-125a; as well as forgery.

A man goes to Saks Fifth Avenue in Greenwich and tries to buy some expensive clothes using a fake credit card. The credit card was created by an identity theft ring using a misappropriated name and credit card number. When the man attempts to use the card, the clerk becomes suspicious and calls the police. The man could be charged with conspiracy to commit identity theft in violation of C.G.S. § 53a-129. Also, the man could be charged with attempted larceny in the fourth degree and forgery.

Just because you are accused of a crime does not mean that you are guilty. The state has the burden to prove beyond a reasonable doubt each element of the crime. If your defense attorney can demonstrate that the state lacks enough evidence to establish one of the elements of the crime, then the charges against you should be dropped.

It is not illegal to use someone's identity under this statute. The crime of identity theft requires that the actor used personal information of another person for an unlawful purpose, such as stealing money. If you took someone's personal information, for example, just because you were just a nosey person but did not use that information for an unlawful purpose, then you can't be convicted of identity theft in violation of C.G.S. § 53a-129.

If the victim permitted you to use their personal information, you could not be convicted for identity theft. The statute requires that the accused must have acted without the permission of the victim. We have seen divorcing spouses levy identity theft allegations against the other spouse to try and gain the upper hand. It seems all too convenient to suddenly claim that the other spouse did not have their consent to open a joint bank account or refinance the marital home, for example.

Identity theft is a crime that requires proof of an intention to use the personal information of another person knowingly. The state bears the burden to prove that you intentionally acted. Sometimes, people make mistakes and overlook errors. This statute requires proof of intentional action.

Connecticut General Statutes § 53a-129a - identity theft is punishable in three varying degrees. The degree and punishment depend on the age of the victim and the value of the goods or services obtained.

C.G.S. § 53a-129d identity theft in the third degree covers any identity theft not covered under the other two sub-sections; it is a class D felony punishable upon conviction by up to five years in jail and a fine up to $5,000.

For more information on defending identity theft allegations and to schedule your free initial consultation, contact Attorney Allan F. Friedman, located at 24 Hoyt Street #A, Stamford, CT 06905. Attorney Friedman can be reached 24/7 at (203) 357-5555, or you can contact us online for a prompt response