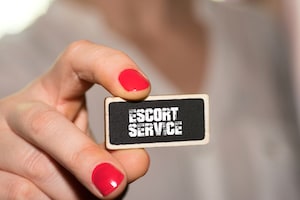 C.G.S. § 53a-83 is the statutory citation for Connecticut's prostitution statute that targets johns or those who patronize prostitutes. While people know prostitution as "the world's oldest profession," it is still prevalent today. With the advent of the internet, prostitution has become easier to access than in the old days when many prostitutes were so-called "streetwalkers." The problem with the proliferation of the internet as a forum to promote prostitution is that law enforcement has equal access to placing its ads on the internet to entrap johns.

In previous years law enforcement exclusively targeted prostitutes as a way of enforcing prostitution laws. Johns were hardly ever arrested unless they were caught in a raid of a massage parlor. However, as public sentiment has shifted, and the public has started to view prostitutes as being victims of human traffickers, police are beginning to focus more efforts on arresting johns to reduce demand.

Men who contact escort girls or prostitutes online may find out that they are interacting with an undercover police officer instead. Arrests for patronizing prostitutes usually wind up being posted online in local news publications and can create significant reputational harm for our clients. Our goal is to fight hard to get the arrest dismissed so we can later work to get the online newspaper article taken down.

Any attempt to solicit an individual under the age of 18 years old for paid sexual acts is a much more severe criminal offense that could carry severe state and federal consequences. The solicitation of a minor under the age of 18 to engage in sexual acts for compensation could expose you to a Class B felony punishable by up to 20 years in prison.

This statute only is directed at johns. There is a separate statute that addresses the prosecution of prostitutes.

To prove a violation of Connecticut General Statutes § 53a-83, the state must prove the following elements of the crime:

A man responds to an online listing on bedpage for an escort girl. He contacts the phone number listed via text and agrees with the girl to have sex at a motel for $150. Upon arriving at the motel, the man is arrested by undercover police officers. The man could be charged with patronizing a prostitute in violation of Connecticut General Statutes § 53a-83 because he solicited the undercover agent to engage in sexual relations for a fee.

A man is having sex with a massage girl at a massage parlor. He had paid her $100 to have sex with him. Suddenly, police officers who are executing a search warrant on the premises enter and arrest everyone. The man could be charged with patronizing a prostitute in violation of C.G.S. § 53a-83 because he paid the woman a fee for having sex.

There are many defenses to patronizing prostitution allegations.

In many situations with law enforcement stings, there was never any sexual activity, and often the officers encourage the accused. Entrapment is often an effective defense strategy for patronizing prostitution arrests. In their excitement to make an arrest, officers often will go over the line and entice and encourage law-abiding citizens to agree to criminal behavior.

Many of our clients who have been arrested inside massage parlors were only getting a massage. Not everyone inside a massage parlor is there for a sex act. Often the police take an arrest first, ask questions later approach, and let everyone sort out their cases in court. This is regrettable. We will stand up against these heavy-handed police intimidation tactics to work to get the trumped-up charges against you dismissed.

Escort services are perfectly legal. There is nothing wrong with seeking companionship or a body rub. When the police decide to conduct sting operations, they often arrest everyone, even law-abiding citizens who were only seeking some company for a night out on the town. We are here to hear your side of the story and fight to defend your reputation and your rights.

The accelerated rehabilitation program is an available option to resolve prostitution arrests without having to plead guilty or wind up with a criminal record. This program is available for anyone without a prior criminal conviction who has not utilized this program in the past ten years. It is an excellent option for anyone who is facing an allegation of prostitution to have the charge dismissed without winding up with any criminal record.

The penalty for a violation of Connecticut General Statutes § 53a-83 – Patronizing a Prostitution is a Class A misdemeanor for which you can face up to a year in jail and a fine up to $1,000.

If you have been arrested for patronizing a prostitute in violation of C.G.S. § 53a-83, you should immediately contact a top Connecticut criminal attorney. Stamford criminal lawyer Allan F. Friedman has over 25 years of experience defending prostitution cases. Attorney Friedman will work hard to get the charges against you dismissed and restore your reputation by fighting to have online news articles about your arrest removed.

For more information about defending patronizing a prostitute allegations in violation of C.G.S. § 53a-83, contact Stamford criminal lawyer Allan F. Friedman at The Law Offices of Allan F. Friedman to arrange your free, no-obligation, initial consultation. Our offices are located at 24 Hoyt St #A, Stamford, CT 06905. Mr. Friedman can be reached 24/7 at (203) 357-5555, or you can contact us online for a prompt response.