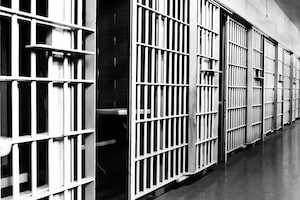 It is essential to understand that once your probation is violated, the procedure for adjudicating your probation violation differs significantly from a traditional criminal case.

Some of the significant differences are:

If you are found in violation of your probation, the court has the discretion to terminate your probation, extend your probation period, add additional conditions of probation, sentence you to some period of incarceration or the entire amount of jail time that you owed from your original sentence.

To prove that a defendant has violated probation in violation of C.G.S. § 53a-32, the state must prove the following elements:

A woman is placed on probation for larceny in the second degree and given a one-year jail sentence suspended and two years' probation. During the time of her probation, the woman is arrested for an unrelated crime for which a judge finds probable cause. The woman could have her probation violated per C.G.S. § 53a-32 because she violated a standard condition of probation - not to break any criminal law. The court has a lot of discretion about what kind of sentence to impose for the probation violation.

Generally, so-called "technical violations" are easier to resolve and more likely to result in your being placed back on probation. It is essential to review your specific situation with an experienced Connecticut probation violation lawyer to develop a case action plan.

Violations of probation also arise from those offenders who commit new offenses while on probation. Since the standard of proof is relatively low to prove that you violated your probation for a new offense, the best defense strategy is to work on mitigating the penalty. The state does not have to convict you of the new offense. They only have to demonstrate that there was probable cause for your arrest. By presenting a robust mitigation package, a skilled Connecticut probation attorney has the opportunity to convince the court not to send you to jail. The court has a lot of discretion in this area of the law to put you back on probation or extend your probation. Your goal should be to minimize the consequences and work with an experienced Connecticut probation violation lawyer.

The penalty for a violation of probation C.G.S. § 53a-32 - Violation of probation can expose you up to the maximum remaining jail sentence owed on your original sentence. The court also has the discretion to terminate your probation, place you back on probation with additional conditions, or sentence you to some of the jail time that you owe.

Having experienced and competent legal representation is of the utmost importance when facing a probation violation allegation. Your Connecticut probation violation attorney will look into all the facts and details surrounding your arrest and review all your options. We are available to assist you all the time - even on evenings and weekends - because your case is important. Attorney Allan F. Friedman will work with you to defend your probation violation case and minimize the potential consequences. Call today and schedule a free initial consultation at (203) 357-5555 or use our online contact form.